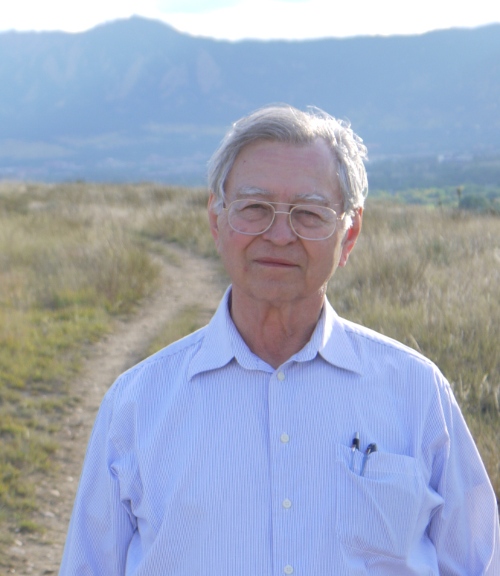 While doing weather research at the National Oceanic and Atmospheric Administration (NOAA), I maintained a web page for those who were interested in the weather phenomena that I was studying. After retiring from NOAA sometime ago my former web pages at NOAA no longer exist.

Although prepared in theoretical physics, having done my PhD reseach in quantum field theory, I wound up doing weather research at the NOAA Boulder. Colorado Laboratories (Boulder Labs). I was privileged there to become involved in very interesting work in three areas: Infrared remote sensing, severe thunderstorms and microbursts, and  flash floods. I was involved in writing two landmark papers, which were cited in the Boulder Labs publication by deWees et al. (2004), . These papers are listed as follows: Tetsuya T. Fujita and Fernando Caracena (1977) and, Fernando Caracena, Robert A. Maddox, and Charles F. Chappell and L. Ray Hoxit (1979). Finally, collaborating with Pete Kuhn on IR remote sensing, we wrote a paper in Science Magazine that won NOAA's Distinguished Authorship award in 1979 for Kuhn, et al. (1977).

My old NOAA web page discussed the phenomenon of  microbursts, in  which the late Dr. Ted T. Fujita and I did some pioneering research.  Initially I worked independently on a microburst-related aircraft accident that happened at Denver's former Stapleton International Airport (hyperlink reference: The Flight Safety Foundation). An airliner had taken off through a shower under a thunderstorm that had a high cloud base. It crashed shortly after take-off having encountered a head wind that turned rapidly into a strong tail wind. The old web page contained details of this event, some of which which can still be found in the NTSB report of the accident and Fujita and Caracena (1977).

At that time of the Denver crash, I was on summer leave from teaching physics at Metropolitan State College (MSC, now a university, MSU) working as a research fellow at the National Center for Atmospheric Research (NCAR) in Boulder, Colorado. The story of how I became involved in research on strong downdrafts as airline safety hazards is described further in my post, "Researching Microbursts", which tells of how I collaborated with Dr, T,T, Fujita of the university of Chicago. Fujita named strong, concentrated downdrafts, downbursts, and small-scale ones ( less than 4 km in diameter), microbursts.

After the Denver accident, by invitation, I visited the University of Chicago, where Fujita and I collaborated on research that resulted in our landmark paper.

I have included a short resume of my professional life below, a more extended one can be accessed here.

Now, I do not consider myself retired, just because I retired from NOAA. I continue to do physics, remaining a student of it in some areas and seeking to master it in other areas. Also, you will find in this blog some of my various posts, not only on physics, mathematics, and meteorology, but in other areas that I find interesting. I also do some occasional consulting work, if it is interesting.

Foreign Travel:
• I spent one month in Europe the summer of 1960.
•  In February 1998 I gave two Invited talks at the
Asamblea Hispano-Portugues de Geofisica y Geodisia. in Aguadulce, Almeria, Spain

Personal interests:
• Reading books;
• Classical music (Bach is at the top of my list);
• Amateur artist (pen and pencil, and oil landscape painting);
• Photography; (nature digital photographs)
• Genealogy: Relating family ancestry to braoder history. My surname is taken from a town in Soria, Old Castile, Spain by knights who offered their services in the Reconquista.
I have an interesting and illustrious family background;
• Gardening;
• Hiking in the high country.
• Fly fishing;